My husbands father was raised Jewish and my husbands mother was raised catholic. His mothers ancestry is somewhat unknown but my husband has speculated that his mother had an Italian side to her family and that the rest were Czech or German or both. But regardless, on his fathers side they were Jews originating from Russia, Hungary and others from Baden Baden, Germany. My husband was given a Bar Mitzvah and raised as a Jew and his mother converted until my husbands parents divorced.

When I met my husband he was actually an agnostic/atheist although he still associated with his Jewish heritage. His father had sent him Richard Dawkins The God Delusion to read and hed taken it to heart.

However, I was and am a Christian. Many deep discussions were started between us about God, spirituality and other related topics when we first began seeing each other.

After about a year of dating my husband (then boyfriend) he decided he wanted to be a Christian too. The Christian faith made sense to him and he felt peace and a connection to God by being a Christian.

Weve since considered becoming Catholic, although are heavily undecided on the matter but far from contentiously so, thankfully.

Ive always been intensely drawn to Catholicism. In high school I borrowed my good friend and stand partner in Orchestras Catechism to read. On Christmas Eve my father would go to Midnight Mass with me at St. Pauls Cathedral in Saint Paul, Minnesota. And, once I had a friend in college very appropriately named Kathleen tell me something like, I know youll be Catholic one day. I dont even doubt it at all. I just know you will. She lovingly referred to Pope John Paul II as Papa as some Catholics once did. And, Kathleen may have been right about me. I did baptize my son into the Catholic Church But well see. Maybe if I read enough Evelyn Waugh someday itll convince me completely. Or Ill just become an Episcopalian. A High Church Lutheran? My husband and I are theologically perplexed, but we know were Christians.

Anyway, its all extremely complicated. However, out of respect for my husbands fathers family, their faith and the way my husband was raised Ive made brisket more than once as well as challah. Once my husband and I even attempted making kugel together. Its just food, but I like to think its a small way to honor his grandparents in particular, family and heritage. My husband also says the dishes Ive prepared have been very tasty. His favorite being the challah. We also still light candles for Hanukkah and my husband says a prayer in Hebrew that he worries with sadness that hes saying incorrectly.

Last night I had a whim to make brisket.

Yes. This is really all about brisket.

As I was exhausted last night and didnt feel like prepping the meat I didnt. Some recipes suggest you spend many hours or days prepping the meat. Instead I let it sit in the refrigerator in a mixture of ketchup, homemade chicken broth, and chopped shallots and garlic cloves for about two and a half hours. Then I added two chopped onions, salt and pepper and my wine substitute and roasted it at 275 degrees Fahrenheit for about 3 hours. It turned out well although Id add carrots next time and I plan to braise the meat first and let it marinate a bit longer in the mixture as well. Heres my exact recipe (I borrowed from this recipe this time): 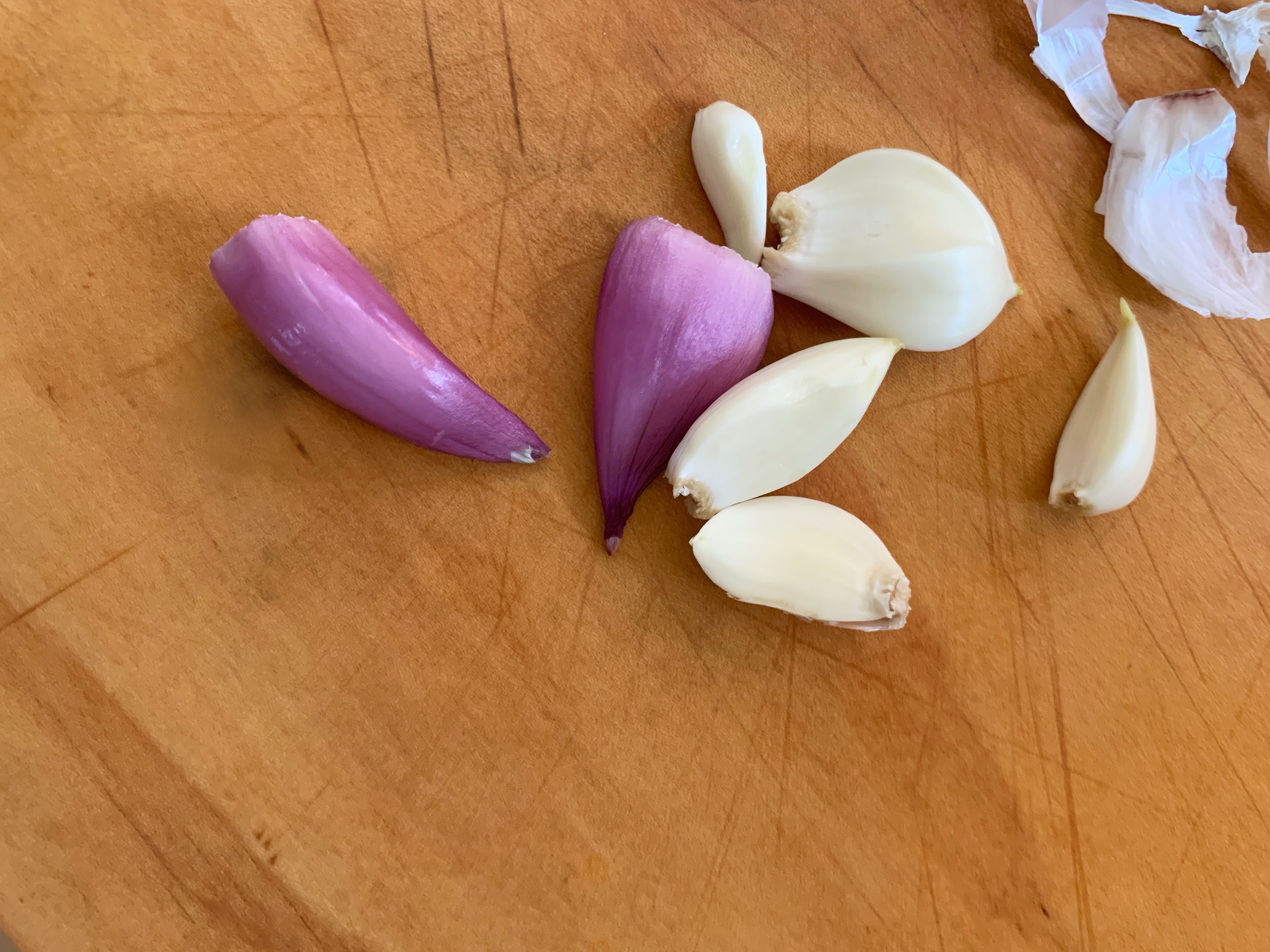 A cut of roughly 2 to 3 lb. boneless whole brisket

One bottle of ketchup

1. Chop garlic and shallots and add them to a mixture of one bottle of ketchup and ckicken broth and mix well. After braising the brisket in a skillet on a medium high heat to seal in the juices, place meat in a container large enough to store both the liquid mixture and the meat. Pour the mixture over the brisket. Cover the container and store in your refrigerator for at least three hours, preferably 24 hours.

3. Put the lid on the roasting pan and place it in your oven. Roast for at least one hour per lb. of meat and use a meat thermometer to check if the meat is cooked appropriately. Brisket should be cooked to between 165 to 170 degrees Fahrenheit. Also, as always be careful to keep your workspace clean when using raw meat. 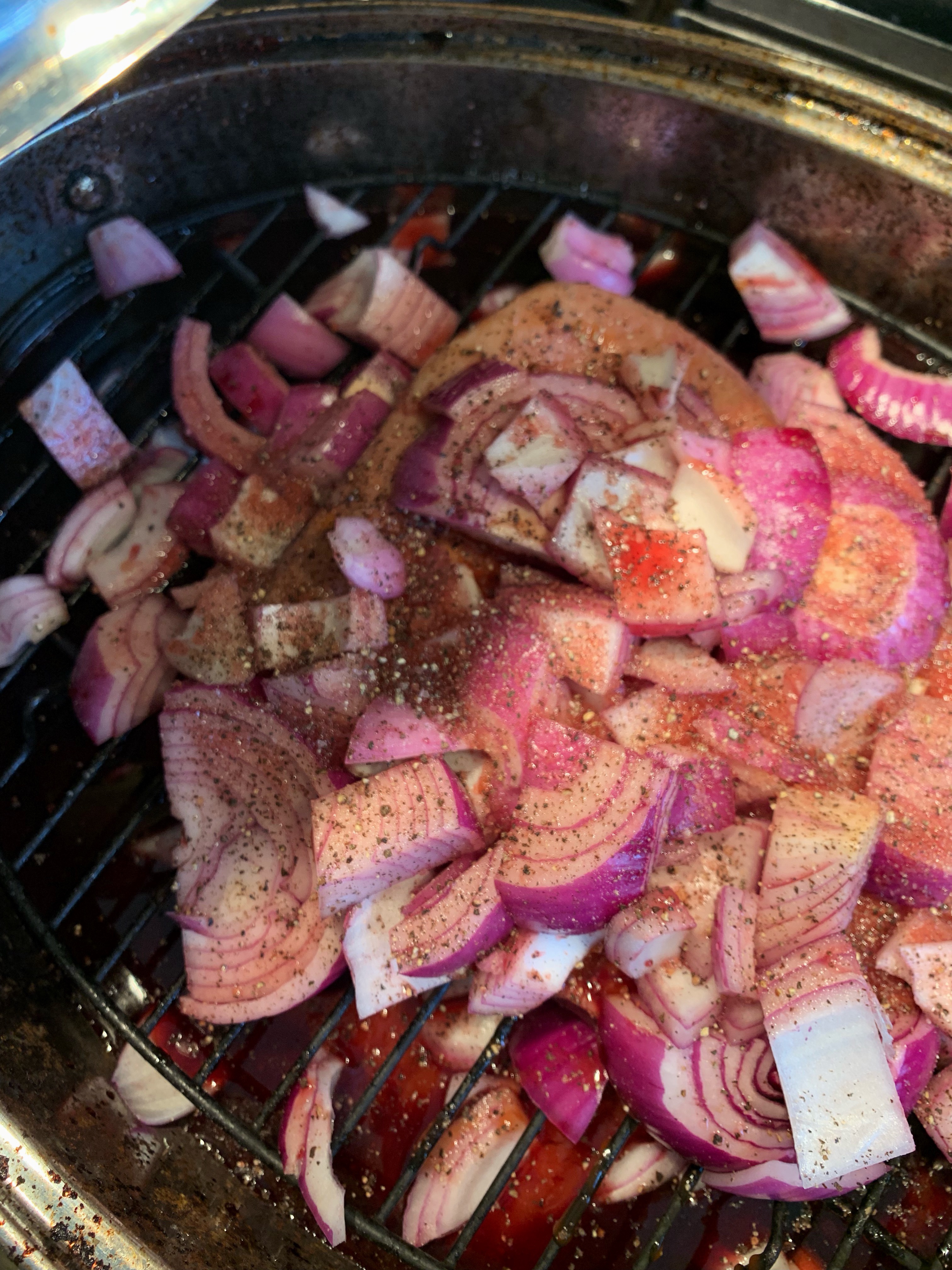 I ate my brisket with the onions solo for dinner and it was lovely. But again, next time Ill try adding carrots and perhaps Ill also experiment more with meat slicing techniques. But this is only my third brisket.