During the height of the Jazz Age, the wealthy and affluent made the French Riviera their playground along with resort towns on the Mediterranean coastline. Their sojourn would begin at Pariss Gare de Lyon train station, where the luxury night train, Le Train Bleu, wound its way to the South of France. In peak season, Le Train Bleu would be making stops along the azure seascape of Saint-Raphael, Juan-les-Pins, Antibes, Cannes, Nice, and opulent Monte Carlo, before reaching the end of the line at Menton near the Italian Border. Le Train Bleu gained international fame as the preferred train of the monied and prominent, e.g. the Prince of Wales, Coco Chanel, Winston Churchill, and F. Scott Fitzgerald.

After 1938, Le Train Bleu was operated by the new French national railway company SNCF, turning it into an ordinary night express train. In the 1980s, night trains were replaced by high-speed TGVs, ending the slow and luxurious travel of the historical Le Train Bleu.

With the lavish and treasured Le Train Bleu travel coming to an end, the grand Le Train Bleu lived on and forever immortalized. In 1963, the belle-epoque restaurant at the Gare de Lyon station in Paris was renamed Le Train Bleu to honor the celebrated train and traditional way of travel to the legendary Cote dAzur and beyond.

Moving forward to 2014, the quintessential interior of the Le Train Bleu restaurant, inside Gare de Lyon, was refurbished to its time-honoured perfection, reestablishing its lustre and patina once again. Modern, unobtrusive window treatments were installed so guests can gaze out onto Place Louis Armand or sit discreetly and reminisce about bygone times. The iconic cobalt blue colour is sprinkled throughout the dining room and Big Ben bar area with accents of brass, all mimicking the memory of the French luxury trains cobalt colour scheme. 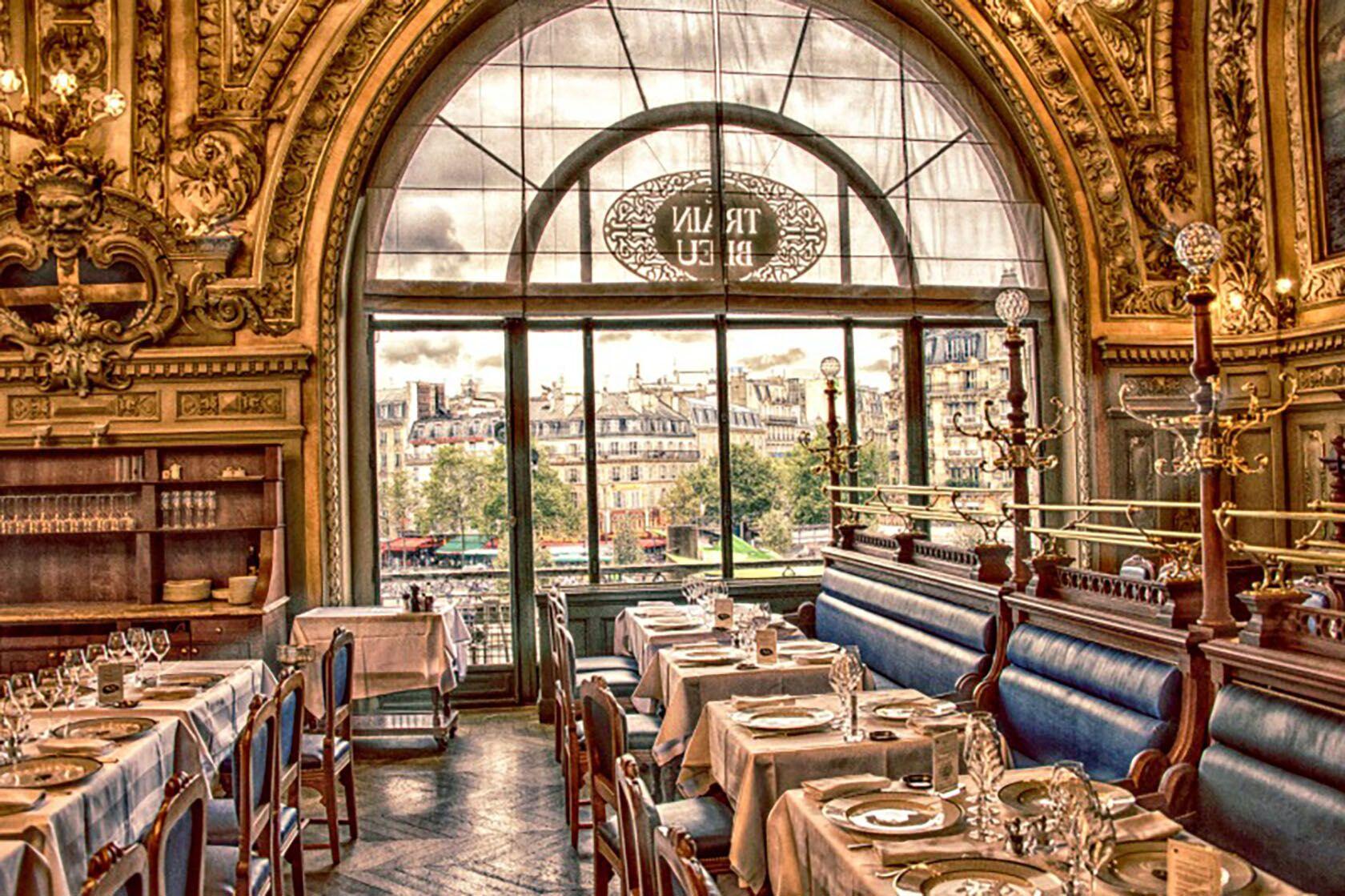 It is a classical French restaurant accompanied by a fine 1900s art museum, with the walls and ceiling portraying 41 European landscapes capturing the essence of the South of France in frescoes and paintings, all by prominent artists of the time Franois Flameng, Henri Gervex, Gaston Casimir Saint-Pierre, and many others.

With the trimmings of crown mouldings, gold leaf gilding, and sparkling chandeliers, all retouched and harmonized, Le Train Bleu is a masterpiece just waiting to enchant the worlds travellers. Visitors from around the globe stop in this legendary restaurant to admire the splendour of a Grande Dame from long-gone times.

If you have an hour to spare between trains to the French Riviera and beyond, this is the perfect refined break for Belle Epoque dcor, ambiance, and historical art in an elegant and refined setting.

Pottery central. Established in the Roman era, Vallauris Golfe-Juan city of 100 potters is a tourist town on the French Riviera between Antibes and Cannes. Its name (Valauria in Provencal) means the golden valley. Divided into two parts; the old centre of Vallauris and the seaside section running from the port along the Cte dAzur, towards Antibes.

Edith Whartons French Riviera. The book is a richly illustrated history of the French Riviera created first by the British, and later after World War I, by the Americans. It begins in the nineteenth century when British aristocrats discovered the sleepy French villages on the Mediterranean, and turned them into winter resorts, building casinos, hotels, castles and cottages, some reminiscent of those in England. They also created exotic tropical gardens in Eze, Nice, Menton and elsewhere, bringing eucalyptus trees from Australia, cypresses from Mexico, and rare plants and flowers from all over the world. 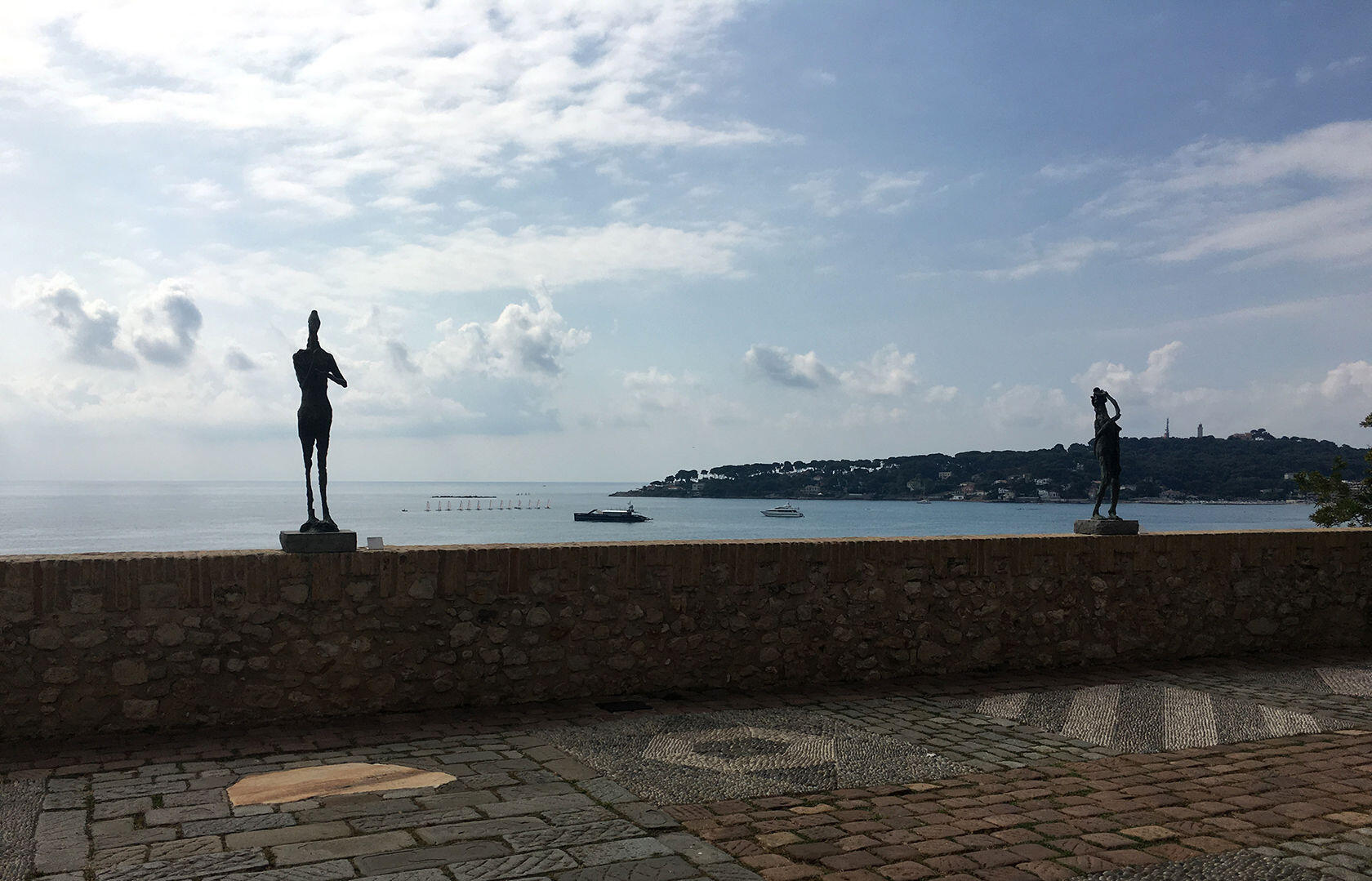 For art lovers, Antibes is the place to trace the footsteps of Pablo Picasso, and his flamboyant lifestyle along the French Riviera. The Muse Picasso, Frances first museum dedicated to the artist, stands tall inside the 16th-century ramparts of the restored Chteau Grimaldi. The site once belonged to the powerful Grimaldi family of Monaco.