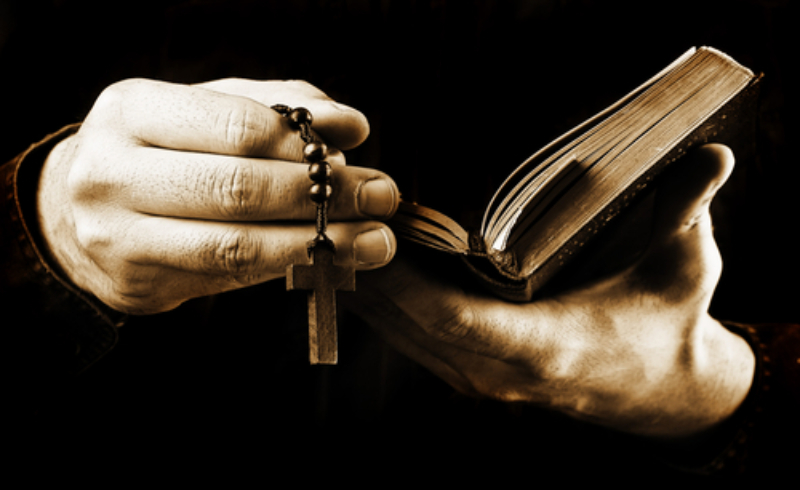 Surprisingly, an important theologian and Catholic scholar says all religions do more harm than good.

Writing in the Harvard Divinity Bulletin (spring-summer 2019), Dr. Robert Orsi of Northwestern University delivers a blistering indictment titled “The Study of Religion on the Other Side of Disgust.”

Dr. Orsi describes how he grew up in a devout Italian-American Catholic family, went to mass several times weekly, and devoted his life to faith as chairman of Catholic studies in the Religion Department at Northwestern. He has written several religious books.

He focuses most of his disgust on the Catholic pedophile scandal and on bishops who tried to hide the sordid abuse of thousands of children. In fact, he says he’s writing a new book “about the role of Catholic sexuality and sexual abuse in the formation of boys at a Jesuit high school in New York City in 1967-71.”

But he also lashes Protestants. “I say on this day that I am disgusted with Catholicism and, by extension, with all religion.” Addressing fellow religion scholars, he wrote:

“Perhaps some of you are disgusted, for instance, by how cravenly evangelicals have embraced political corruption in the United States today in order to advance the allegedly Christian agenda of ostracizing and harassing young LGBTQ people, curtailing women’s reproductive rights and basic health care, and reviving a toxic white Christian nationalism.”

He quotes psychologist Richard Sipe, a former Benedictine priest, who estimates that half of Catholic clergy violate their vows of celibacy. Dr. Orsi gives a long account of repulsive sexual aggression forced onto Catholic youths.

“Church authorities are generally without concern for the children, sometimes very young children, for the teenagers, or for the men and women of whatever ages with whom priests are having sex. Their primary concern has been the protection of the church’s prerogatives, above all its political influence, property and finances.”

“Please make no mistake about this: It is impossible to separate ‘religion’ here from the rape of children, young people, women, seminarians and novices…. Disgust teaches me that the history of religion is always also a history of perversions…. Disgust reminds me of the sexual abuse of indigenous people at the hands of Catholic missionaries… and of the sexual abuse of orphans, of children with disabilities, of drug-addicted teenagers.”

Dr. Orsi wrote that it’s difficult for him to voice contempt for the church that has engulfed his entire life. “Do you think this is easy for me? I needed to tell you what has brought me to this horrible place.”

“Disgust is the final step in the explication of the idea of lived religion. On the other side of disgust is a clearer vision of how religion is actually lived in everyday life, with its intimate cruelties, its petty as well as profound humiliations, its sadism and its masochism, its abuses of power and its impulses to destroy and dominate.”

America has many university religion departments, scholarly religious foundations, and other religion research centers. I wonder how many of the experts quietly share Dr. Orsi’s view that religion is harmful?

If you believe in the work we are doing here at The Good Men Project and want to join our calls on a regular basis, please join us as a Premium Member, today.

All Premium Members get to view The Good Men Project with NO ADS.

Need more info? A complete list of benefits is here.

Talk to you soon.

The post More Harm Than Good appeared first on The Good Men Project.